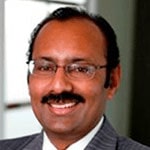 The Average Asian American Household Will Make $116,319 This Year – And Here’s Where They’ll Spend It

It’s official: Asian Americans are the fastest-growing population segment in the United States, numbering over 19 million, with 84% growth since 2000. And that’s only the beginning. The U.S. Asian population will add a projected 1,323 new members every day from 2019 to 2024.

(Compare this to the traditional majority “white” population, which is expected to lose 165 members every day in the next five years.)

Why should marketers care? Because not only are the number of American Asians growing fast, they also contribute a whole lot to consumer spending. So Asian Americans can be a very lucrative customer base to target.

In fact, Asian American households will shell out 21% more each year on goods and services than the average U.S. household. Take a look at what they’re spending their money on:

Interested in capturing a portion of that spending? You’re in luck – because Claritas can help.

We worked with one food producer to help increase sales for a product line that the company believed would appeal to both Hispanic and Asian American communities. It used data to help its retailers identify the most likely buyers – and deliver the right inventory and message to those consumers based on which specific multicultural communities shopped at each store. The result? Sales grew 300% in just one year.

Through an industry-leading closed loop approach, Claritas can help you identify the segments of the Asian American population that make the most sense for your brand to target. Then through our campaign execution tools, we can put your message in front of them when it matters most through the right channels and on the right devices. Finally, our measurement tools will help you optimize your campaigns transparently, and in real time to make sure your campaigns are driving the ROI you need.