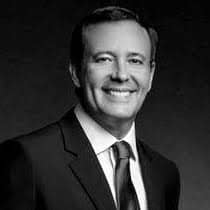 Majority-Minority America: Facing the Facts in the 21st Century

I spend a lot of my professional time consulting with American corporations on how to better-engage fast-growing consumer groups that now form what some call the “New American Mainstream.” Our focus is to optimize our clients’ marketing, advertising and business practices so they benefit from growth opportunities that accrue to their bonuses and shareholder value. Seldom have I taken the opposite point of view – that this demographic shift has left many feeling sidelined from future prosperity. That is why this article in National Geographic piqued my interest. It reflects an interesting, important and compelling point of view by some middle and lower-class white [non-Hispanic] Americans who often yearn for the days when being American largely meant being “white.”

The fact is that most major metropolitan areas are already majority-minority – where white Anglo Americans form less than half of the population, and the entire nation will be majority-minority in about 24 years. This is due primarily to higher fertility rates of Hispanic residents and increased migration from Latin America and Asia. Perhaps misunderstood by many is that only a small part of that growth is due to illegal migration from Mexico, which has been in decline for several years. Furthermore, only a fraction of illegal migration crosses the Mexican border, most of it emanates from legal migrants overstaying their student, work or tourist visas.

The other component of this shift is the fact that Anglo Americans are much older [on average] and have lower fertility rates – barely above the replacement level of “2.1 children per woman.” Hispanics tend to have higher fertility rates, but theirs also has leveled off recently. There are about 61 million Hispanics in the United States today [not including Puerto Rico], 90 percent of which reside here legally. Furthermore, more than 77% of the Hispanic population’s growth is due to natural, internal increase, not migration.

Much of the inflow of Hispanics is driven by labor force demand, the need for hard-working labor at low or competitive rates. Often this is the lowest strata of the workforce, looking to lead a better life north of their borders. American companies’ quest to remain competitive creates a thirst for productive workers who will help employers reach their top and bottom line targets – even if sometimes at the expense of the Anglo-American worker who would require a much higher wage for the same work.

The numbers are difficult to argue against and the critical mass is already legally within the borders of this country. After all, we are a nation of immigrants, and migrants from diverse nations “built” this country and made it great. Those of us who have been in this country all our lives and are approaching retirement age would be well-served to think about how to keep this nation strong. Is it really re-asserting the superiority or entitlement of previously dominant white Anglo population, as certain political rhetoricians advocate? Or would it be more realistic to see who’s here and invest in the youth – of all backgrounds – that we will rely upon to continue propelling this country forward? Instead of teasing eroding industries with the prospect of their revival, why not face the facts and re-train them for this century’s jobs?

So, it’s unfortunate that some feel they are being sidelined by this demographic shift. However, our forefathers – who essentially conquered these lands from native Americans and made “really great deals” with the Spanish, Mexican and French to create today’s nation – didn’t prescribe this an Anglo nation. In this day in age, most of us would like to embrace diversity as well as cheer-on hard work and innovation from all Americans. Alienating those segments of the population whom we will depend upon to build the future of America can only be counter-productive. If all else fails, those feeling sidelined could be selfish, because our retirement, social security, Medicare, smooth roads for riding Harleys and Mustangs will depend on a vigorous and future-ready workforce, regardless of their origins.