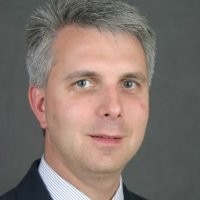 A look at new analytics tools that allow out-of-home (OOH) advertising providers to precisely measure conversion rates for their clients.

Next time you’re in a big city like New York or San Francisco, look for the SWARM. A SWARM is when multiple vehicles – all wrapped in advertisements promoting a particular brand – gather at a specific place at a specific time. It’s a concept created by Wrapify, a company that turns cars into moving billboards.

It’s just one of the innovative marketing options that are now offered by out-of-home (OOH) advertisers. Once written off as a dying market, OOH advertising continues to grow. In fact, according to the research firm Magna, spending on OOH advertising increased 4.6% in 2018 – and it was the only traditional advertising medium that actually grew last year.

The report shows that in one month, 64% of those surveyed noticed a wrapped vehicle. That’s more than double those who noticed more traditional OOH options like taxicab advertising and mobile billboards.

But there’s another key reason OOH is showing a resurgence. The effectiveness of OOH advertising is getting much easier to precisely measure.

Just a few years ago, outdoor advertising campaigns were considered mainly a brand-building tool. That’s because the effectiveness of these campaigns was largely measured using non-sales related metrics, such as number of impressions. And the number of actual conversions produced by “offline” OOH campaigns was practically impossible to calculate.

But today, new tools are allowing OOH advertising providers to prove to clients that their offline advertising efforts are leading to real conversions – whether those conversions are online, via apps or in retail stores.

Why Conversions are King

Wrapify, the founder of the SWARM concept, was one of the first to provide its advertising clients with conversion rate data after it launched its OOH on-vehicle advertising service in 2016.

Wrapify’s OOH advertising concept was simple yet ground-breaking: Recruit thousands of drivers willing to put advertisements on their cars in exchange for payment. And then make it easy for companies to advertise their products and services on these vehicles.

But Wrapify soon found that its customers were not satisfied with traditional OOH metrics – like how many eyeballs had viewed their advertisements. They wanted data that showed them exactly how effective those advertisement were in converting customers.

“We found that brands didn’t care how many people saw their message,” says James Heller, CEO of Wrapify. “Instead, they became focused on learning how that exposure drove conversion – whether those sales happened on a website, in a retail store or via an app.”

That’s why Wrapify started searching for partners to help it deliver conversion metrics to its customers. It wanted a third party it could trust to measure the effectiveness of its campaigns – and to reassure its clients that the measured results were impartial and accurate.

It soon found Claritas, which developed a tool that would allow Wrapify to provide its clients with lift rate metrics for all its wrapped car campaigns. These analyses show that the Wrapify campaigns have delivered some impressive metrics:

So how exactly can Wrapify precisely track its campaign results? Connected via an application programming interface (API), Claritas conducts what’s called a “lift analysis” to calculate the conversion rate of each Wrapify campaign. The lift analysis uses a control group methodology to isolate the impact of any one particular campaign.

Claritas starts by creating what is called a “look-back window” by calculating the organic conversion rate, which measures how many people are already converting before the campaign even runs.

Then Claritas leverages the audience data that Wrapify and its data partners create to digitally measure audiences in different geographic locations in a privacy-compliant manner. Through its data partnership with platforms like Mira, Wrapify leverages the location events its drivers produce to create an “exposed” audience. This “exposed” audience is made up of individuals near the Wrapify wrapped vehicles who have opted-in to have their location used.

After using this data to create the “exposed” group, Claritas then creates a group of people who look exactly like the exposed group – but haven’t been exposed to wrapped vehicles during the campaign period. That’s the control group. Then they compare the conversion rate of the control group to the exposed group. The difference between the two groups is called the lift rate, and it measures the impact of the campaign.

It’s All About the Control

The tricky part involves creating a control group that truly matches the exposed group – so that your lift rate is accurate. Fortunately, Claritas has a secret weapon: Its identify graph, which is chock full of customer identifiers and segmentation data that includes what kind of car a consumer drives, what type of devices they use, what television services they subscribe to, their social media preferences and their demographics. This allows Claritas to quickly create and adjust the “lookalike” control group so that it precisely matches the exposed group.

Claritas makes other adjustments as well – for instance, it adjusts its control group to ensure that pre-campaign conversion rates in the control group precisely match those in the exposed group.

In the case of Wrapify, the lift study is measuring the effectiveness of a client’s wrapped ads. But Claritas uses this same methodology to help other Claritas clients isolate and measure the effectiveness of any specific marketing channel. For instance, Claritas can use this technique to measure how much a company’s television ads drove online conversion. Or their billboard ads. Or their online display ads.

It can also be used to measure whether a particular message, a particular media partner or even a particular location is more effective in producing conversions during a campaign. For instance, in Wrapify’s case, Claritas could analyze the data to see if campaigns on highways are more effective than those that focus on neighborhoods or business centers.

“Claritas is taking the concept of A/B testing to a whole new level. We allow companies to accurately measure the effectiveness of almost any marketing channel, message or partner – even when an offline campaign results in online buying or vice versa,” says Jeff Stevens, SVP of Strategic Partnerships. “Marketers can now precisely isolate and measure the specific conversion rate of each channel within their omnichannel campaigns – so they can adjust their campaigns to maximize ROI.”

The bottom line is that the expectations in marketing have changed. Marketers are no longer interested in buying space on advertising platforms that sell themselves merely as a brand-building tool. And they aren’t willing to settle for metrics like “total impressions” or “eyeballs reached” when measuring their campaigns.

Marketers today demand data that tells them how many conversions a marketing campaign delivered – whether that campaign was online or off. That’s why many OOH advertisers like Wrapify are ditching standard metrics like impressions and traffic counts and instead offering their customers real conversion rate data to prove the effectiveness of their campaigns.

“Before we were able to attribute actual conversion rates to our on-vehicle advertising, Wrapify was mainly seen as a brand-building, top-of-the-funnel marketing tool,” says Wrapify’s CEO Heller. “Now Wrapify is viewed as an upper mid-funnel platform – one that’s performance-driven. As a result, we’re seeing brands pull from their digital bucket and invest in Wrapify advertising because we live in that intersection between out-of-home and digital.”

To hear more about this partnership, listen to the recent podcast just released: Claritas-Wrapify Podcast